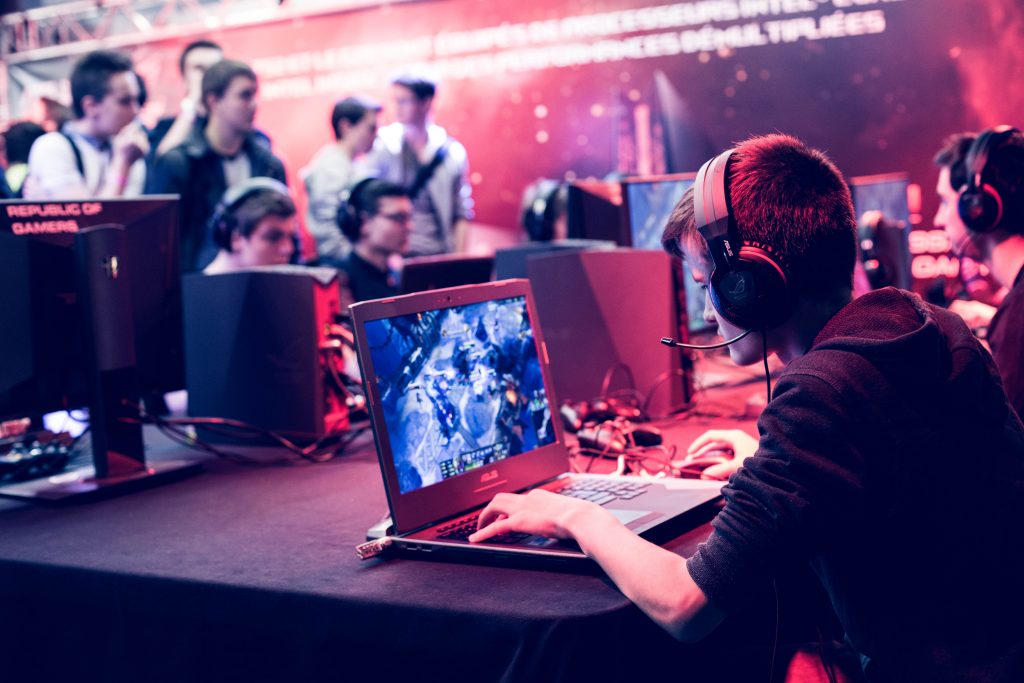 s an avid retro-gamer, for quite a long time I’ve been particularly interested in the history of video games. To be more specific, a subject that I am very passionate about is “Which was the first video game ever made?”… So, I started an exhaustive investigation on this subject (and making this article the first one in a series of articles that will cover in detail all video gaming history).

The question was: Which was the first video game ever made?

The answer: Well, as a lot of things in life, there is no easy answer to that question. It depends on your own definition of the term “video game”. For example: When you talk about “the first video game”, do you mean the first video game that was commercially-made, or the first console game, or maybe the first digitally programmed game? Because of this, I made a list of 4-5 video games that in one way or another were the beginners of the video gaming industry. You will notice that the first video games were not created with the idea of getting any profit from them (back in those decades there was no Nintendo, Sony, Microsoft, Sega, Atari, or any other video game company around). In fact, the sole idea of a “video game” or an electronic device which was only made for “playing games and having fun” was above the imagination of over 99% of the population back in those days. But thanks to this small group of geniuses who walked the first steps into the video gaming revolution, we are able to enjoy many hours of fun and entertainment today (keeping aside the creation of millions of jobs during the past 4 or 5 decades). Without further ado, here I present the “first video game nominees”:

This is considered (with official documentation) as the first electronic game device ever made. It was created by Thomas T. Goldsmith Jr. and Estle Ray Mann. The game was assembled in the 1940s and submitted for an US Patent in January 1947. The patent was granted December 1948, which also makes it the first electronic game device to ever receive a patent (US Patent 2,455,992). As described in the patent, it was an analog circuit device with an array of knobs used to move a dot that appeared in the cathode ray tube display. This game was inspired by how missiles appeared in WWII radars, and the object of the game was simply controlling a “missile” in order to hit a target. In the 1940s it was extremely difficult (for not saying impossible) to show graphics in a Cathode Ray Tube display. Because of this, only the actual “missile” appeared on the display. The target and any other graphics were showed on screen overlays manually placed on the display screen. It’s been said by many that Atari’s famous video game “Missile Command” was created after this gaming device.

NIMROD was the name of a digital computer device from the 50s decade. The creators of this computer were the engineers of an UK-based company under the name Ferranti, with the idea of displaying the device at the 1951 Festival of Britain (and later it was also showed in Berlin).

NIM is a two-player numerical game of strategy, which is believed to come originally from the ancient China. The rules of NIM are easy: There are a certain number of groups (or “heaps”), and each group contains a certain number of objects (a common starting array of NIM is 3 heaps containing 3, 4, and 5 objects respectively). Each player take turns removing objects from the heaps, but all removed objects must be from a single heap and at least one object is removed. The player to take the last object from the last heap loses, however there is a variation of the game where the player to take the last object of the last heap wins.

NIMROD used a lights panel as a display and was planned and made with the unique purpose of playing the game of NIM, which makes it the first digital computer device to be specifically created for playing a game (however the main idea was showing and illustrating how a digital computer works, rather than to entertain and have fun with it). Because it doesn’t have “raster video equipment” as a display (a TV set, monitor, etc.) it is not considered by many people as a real “video game” (an electronic game, yes… a video game, no…). But once again, it really depends on your point of view when you talk about a “video game”.

This was a digital version of “Tic-Tac-Toe”, created for an EDSAC (Electronic Delay Storage Automatic Calculator) computer. It was designed by Alexander S. Douglas from the University of Cambridge, and one more time it was not made for entertainment, it was part of his PhD Thesis on “Interactions between human and computer”.

The rules of the game are those of a regular Tic-Tac-Toe game, player against the computer (no 2-player option was available). The input method was a rotary dial (like the ones in old telephones). The output was showed in a 35×16-pixel cathode-ray tube display. This game was never very popular because the EDSAC computer was only available at the University of Cambridge, so there was no way to install it and play it anywhere else (until many years later when an EDSAC emulator was created available, and by that time many other excellent video games where available as well…).

“Tennis for Two” was created by William Higinbotham, a physicist working at the Brookhaven National Laboratory. This game was made as a way of entertainment, so laboratory visitors had something funny to do during their wait on “visitors day” (finally!… a video game that was created “just for fun”…) . The game was pretty well designed for its era: the ball behavior was modified by several factors like gravity, wind velocity, position and angle of contact, etc.; you had to avoid the net as in real tennis, and many other things. The video game hardware included two “joysticks” (two controllers with a rotational knob and a push button each) connected to an analog console, and an oscilloscope as a display.

“Tennis for Two” is considered by many the first video game ever created. But once again, many others differ from that idea stating that “it was a computer game, not a video game” or “the output display was an oscilloscope, not a “raster” video display… so it does not qualify as a video game”. But well… you can’t please everyone…

It is also rumored that “Tennis for Two” was the inspiration for Atari’s mega hit “Pong”, but this rumor has always been strongly denied… for obvious reasons.

“Spacewar!” video game was created by Stephen Russell, with the help of J. Martin Graetz, Peter Samson, Alan Kotok, Wayne Witanen and Dan Edwards from MIT. By the 1960s, MIT was “the right choice” if you wanted to do computer research and development. So this half a dozen of innovative guys took advantage of a brand-new computer was ordered and expected to arrive campus very soon (a DEC PDP-1) and started thinking about what kind of hardware testing programs would be made. When they found out that a “Precision CRT Display” would be installed to the system, they instantly decided that “some sort of visual/interactive game” would be the demonstration software of choice for the PDP-1. And after some discussion, it was soon decided to be a space battle game or something similar. After this decision, all other ideas came out pretty quick: like rules of the game, designing concepts, programming ideas, and so forth.

So after about 200 man/hours of work, the first version of the game was at last ready to be tested. The game consisted of two spaceships (affectively named by players “pencil” and “wedge”) shooting missiles at each other with a star in the middle of the display (which “pulls” both spaceships because of its gravitational force). A set of control switches was used to control each spaceship (for rotation, speed, missiles, and “hyperspace”). Each spaceship have a limited amount of fuel and weapons, and the hyperspace option was like a “panic button”, in case there is no other way out (it could either “save you or break you”).

The computer game was an instant success between MIT students and programmers, and soon they started making their own changes to the game program (like real star charts for background, star/no star option, background disable option, angular momentum option, among others). The game code was ported to many other computer platforms (since the game required a video display, a hard to find option in 1960s systems, it was mostly ported to newer/cheaper DEC systems like the PDP-10 and PDP-11).

Spacewar! is not only considered by many as the first “real” video game (since this game does have a video display), but it also have been proved to be the true predecessor of the original arcade game, as well as being the inspiration of many other video games, consoles, and even video gaming companies (can you say “Atari”?…). But that’s another story, arcade games as well as console video games were written in a different page of the history of video games (so stay tuned for future articles on these subjects).

So here they are, the “First Video Game” nominees. Which one do you think is the first video game ever made?… If you ask me, I think all these games were revolutionary for its era, and should be credited as a whole as the beginners of the video gaming revolution. Instead of looking for which one was the first video game, what is really important is that they were created, period. As the creator of “Spacewar!”, Stephen Rusell, once said: “If I hadn’t done it, someone would have done something equally exciting or even better in the next six months. I just happened to get there first”.

Ian Blake is a freelance writer/blogger from Planet Earth, Solar System. You may read similar articles at his History of Video Games Blog at –> http://www.retro-videogames.com